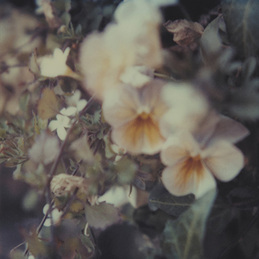 From the very start the world around you is singing. There's a distant conversation spoken through the trees, but it stays unclear against the clarity of the songs of the…

Federico Durand’s music is a weave of sound searching introspection and delight through simple melodies and field-recordings, made in the heart of Argentina. Federico adores books, autumn, John Keats' poetry, botanical prints and Earl Grey tea. Past releases include La siesta del ciprés (The nap of the cypress) on the Japanese label Spekk, El éxtasis de las flores pequeñas (The ecstasy of little flowers) by Own Records and El libro de los árboles mágicos (The book of magic trees) by Home Normal. During this and the next year he will release new albums by United States and Japan labels.

Nicholas Szczepanik tends to focus on constructing narratives in sound art heavily influenced by the human condition. Despite his passion towards a wide array of music, it is the philosophy and fiction read that most similarly conveys the themes within his own sound art. Though often described as a minimalist, his methods change depending on the idea and the intent. Regardless, Nicholas is always primarily interested in the conceptual and emotional impact of his work.