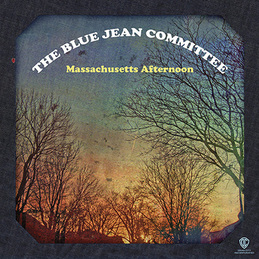 The Blue Jean Committee / The Fingerlings

Fred Armisen Presents! The Home Town Heroes™ series gets off to a rousing start with two sounds of yesteryear: classic — Massachussetts in the late 70s (The Blue Jean…

From Bath, England, The Fingerlings were a prolific synth/post-disco band who released twelve EPs between 1981 and 1983. Typically, a group such as this would have been formed at an art college, and The Fingerlings were no different. Meeting on their first day of art history class at the Bath School of Art and Design, they decided to form a group, and a month later, released their first single. Their aesthetically meticulous nature earned them a reputation for creating some of the most elaborate and expensive 12" EP covers to ever be produced in the U.K. Their most well known record cover (locally well known, that is) was a depiction of an ornate stained glass window from St. Philip’s Church in Bath. The cover was made of actual stained glass. Not only was it costly to make, it also caused much physical damage to other records filed under F in record stores. “Embrace Me” was a huge local hit, its lyrics evoking imagery of neon-framed cities like Paris and Berlin. In late 1983, The Fingerlings disbanded, its four ex-members moving on to join other bands in London, Manchester, and interestingly, Nashville, Tennessee.