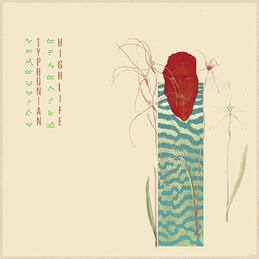 The World of Shells

The experience of the visual and audio art of The World of Shells is meant to invent a simulated encounter: the participant will find a hallucinated catalog of real and…

Spencer Clark, the tentacle behind Typhonian Highlife, was a member of the seminal noise duo The Skaters (with James Ferraro), and has recorded under the aliases Tarzana, Fourth World Magazine, and Monopoly Child Star Searchers, whose album, Bamboo For Two found wide critial acclaim. His new Disc, THE WORLD OF SHELLS, dons the genre tab "DEMON CLASSICAL AQUATIC FUSION," as it invites nature, Sci-Fi Fantasy SFX, and romantic Oriental melodies to juxtapose a startling vision of the WORLD OF AUSTRALIA. Miles Bowe of Fact Magazine has said this of The World of Shells: "While his contemporaries in similar “world-building” music like James Ferraro and Oneohtrix Point Never often attempt to refract something of our own world, Clark’s music feels like exotica by way of H.P. Lovecraft, building mythologies and painting places that feel removed from any reference point. Deep listening can offer glimpses into an impossible realm – and now we enter The World Of Shells, the culmination of a journey both physical and psychic, travelling from California to Australia to Sicily and drawing on everything from alien reptile conspiracy theories to Renaissance sculpture, rock formations and the films of Peter Weir." Clark's label, Pacificity Sound VIsions, has been Disc-Flexing for nearly ten years the Exotic, SuperNatural, and Premonitioned future realities that add to the Fruitopian Wealth of the future.