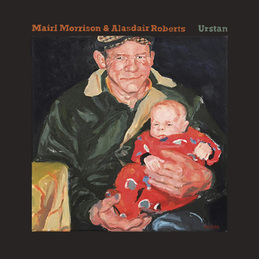 Gaelic and Scottish tales told once upon a time and told today as well, but not just bards and storytellers, but by people - Gaelic-speaking citizens of the world in…

DC goes Gaelic, with a set of songs from up north and up farther north in the kingdom of Scotland. The Gaels are a minority in modern-day Scotland, but their language and music and tradition are a big part of the history there — which makes their music an ideal reference point for our man in Scotland, Alasdair Roberts! Leading him though the still-strong Gaelic presence in the Outer Hebrides is Lewis Island-native Mairi Morrison, who swaps old numbers and lead vocals with Ali. The band includes Stevie Jones and Alex Nielsen, who help bring a brisk and modern feel to the arrangements throughout a sweet and powerful album. Gàidhlig go Bragh!