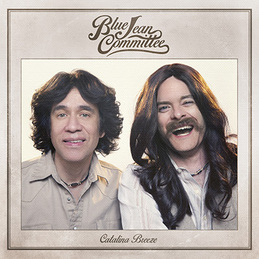 From Chicago to LA, the flag-bearers for the lite rock of the 1970s bring back some of their greatest regional hits ever!

Softrock's seminal band, The Blue Jean Committee, originated from blue-collar Chicago when the now legendary Clark Honus (Bill Hader) and Gene Allen (Fred Armisen) dropped out of school to create the band of their dreams. With the help of famed music manager Alvin Izoff, the band reinvented their hard Chicago-blues image to instead transcend the laid-back essence of California. After studying bands like The Beach Boys, The Blue Jean Committee were able to find their signature sound and rise to the top of music charts. Their debut album, Catalina Breeze, spawned six consecutive hit singles for the band and for a moment it seemed like they would be a long-term fixture on the American musical landscape. However, some relationships are more complicated than they appear on the surface, and nowhere did this ring more true than for Gene Allen and Clark Honus, as their infamous on-stage fight at the Hollywood Bowl Animal Rights Now Benefit and subsequent break-up has since become the stuff of legend.