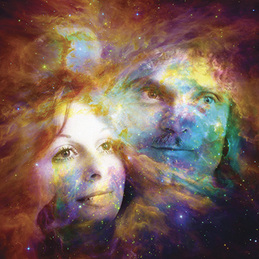 Since 1973, fame was often within close reach for Lightstorm, but it never materialized on the world stage. The Divine Energy as Creation had a different plan. Maybe this…

Though fame was often within close reach for Lightstorm, it never materialized on the world stage. The Divine Energy as Creation had a different plan.

Their natural clear underlying love energy, which was mostly due to Johnima’s & Kalassu’s deep personal inner quest for absolute Spiritual Truth and unconditional Love, always vibrated thru all musical renditions and it made the executives unsure since they always worried about the bottom line, “Lightstorm’s DOLLAR value.”

The Creation Earth album (which was just too far ahead of its time) got a lot of late night airplay but it seemed that its Spirituality Concept was not quite understood by the average record buying public.

The 33 1/3 album became a turntable hit on various radio stations all over the world, but the actual record sales in the US were very slow; probably due to the sensual overtones, which strangely enough, the Corporate, Government and Religious establishments could not control.

Lightstorm continue to perform and travel the world sharing love and light to remind everyone that we are all-powerful Divine Beings and you too can share light and love wherever you are.