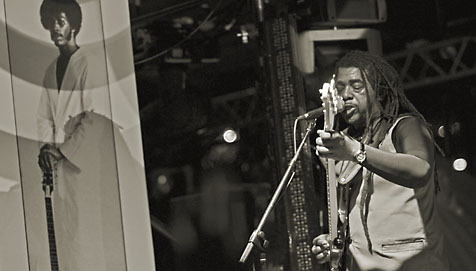 Death took center stage at Fun Fun Fun Fest in Austin this past weekend. They emerged on stage in Grim Reaper cloaks (...but instead of scythes, they wielded a powerful arsenal of guitar, bass, and drums) to play some of the most venerated music released in 2009. Still riding high on the success of For The Whole World to See..., they were heralded as the best reunion band at the festival, with the audience chanting "Death! Death! Death!" in likely the least terrifying way those words have ever been uttered.