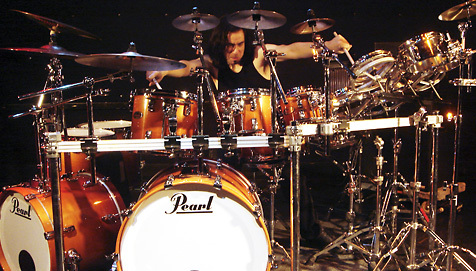 Jens Hannemann has been teaching, performing, recording, writing, and endlessly talking about his complicated drumming technique for over 30 years. He has performed in over 60 bands, and has written and recorded the drum parts for over 500 songs. As of late, he’s been conducting drum clinics at his current residence in his mother’s garden apartment. With his fluid schedule, Jens has been able to accept an invitation from Joanna Newsom, a longtime supporter of his technique (and on-again-off-again supporter of its creator) to open for her on a handful of shows in select cities. You won’t want to miss this rare performance, where expertise meets precision...and they both watch Jens open for them.