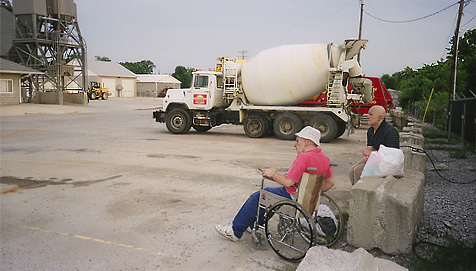 Good news! Since they keep finding people hiding in the theatre after every show of Trash Humpers at Cinema Village in New York this week, the suits are extending the run another week. That's right, you have until Thursday May 20th to get your fill (or your friends' full) of Trash Humpers. In case you haven't heard (and why would you have heard? you're nobody - but because you're on our list, yeah, we think enough of you to let you know. anyway -), Trash Humpers has been the number one film in cinema this past week, triumphing over even Iron Man 2 which opened the same day in a lot more theaters. If you missed the premiere, you can read about what you failed to witness HERE. The cupcakes look nice, but that's because you can't see what they were filled with. In other more important news, Trash Humpers opens in Los Angeles tonight at the Nuart. Harmony will be conducting a very special Q&A (in which no questions get answered - special!) at the 7:30pm screening and will present the 9:45pm show. Join us for the after-party at Mandrake at 10pm. Special cupcakes!