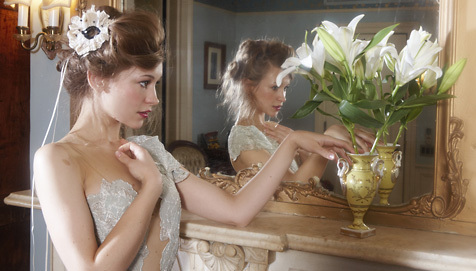 Over the past five years, Joanna Newsom has given concerts at the Royal Albert Hall, the Barbican Hall, Town Hall, Royal Festival Hall, and even the Walt Disney Concert Hall (amongst many other famed halls round the globe), so it was only inevitable that the day would come when we would announce that Joanna Newsom will grace the stage of Carnegie Hall on Tuesday, November 23rd. Tickets go on sale Monday, August 9th.

But first! Joanna Newsom will hit the royal halls of Jimmy Kimmel Live! On Wednesday, August 11th, tune in to ABC at 12:05 AM ET/PT (which is really the earliest part of the morning on August 12th on the east and west coast, for all you sticklers) for a very special performance. In that it’s a performance by Joanna Newsom. Otherwise, it’s just another night of television, right?

Joanna is currently on the road playing shows across the west coast, after which she plays the Green Man Festival in the UK and then moves through Europe playing Halls of all sizes – Concert, Symphony, you name it – as well as the occasional Auditorium, Theatre or Opera House. Then comes Carnegie, as we told you about earlier.

Joanna Newsom’s Have One On Me is out now on Drag City.