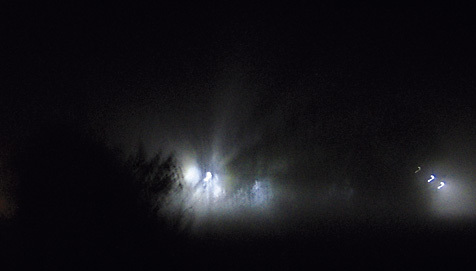 Jim O'Rourke gets his hands dirty in many a contemporary artist's work. Collabs with Joanna Newsom, Smog, and The Red Krayola come to mind, to name but a few. Maybe less known to some of you is his collaboration with, and apparent influence on, the young iCarly actress, Miranda Cosgrove? Hm, yeah, perhaps you remember the Jack Black film, School of Rock. Turns out, Miranda just wasn't getting it done properly while delivering her singing parts in the film as Summer Hathaway. Consequently, the studio brought in the only person capable of coaxing the proper performance from such a young child-actor, Mr. Jim O'Rourke. Boom, success!

Now that this Cosgrove chick is getting so much attention, she's decided her next move is to become a pop musician. Think those O'Rourke-ian lessons came in handy? Not according to Cosgrove -- as she told the UK's Daily Record, she's since had to blank out all of Jim's sage singing advice to get her career rolling! She even claims he brainwashed her! We always knew O'Rourke was talented, but dang, this takes it to a whole new level! While we can't wait to see who Jim brainwashes next, maybe his records will have as powerful an influence on you, wouldn't that be rad? Check em all out, here!