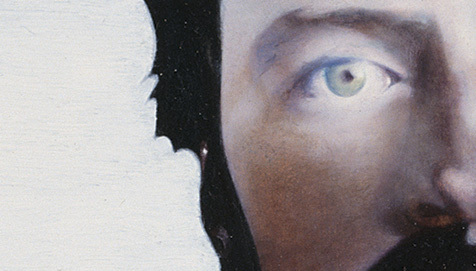 RE-LEARNING "WHAT WE HAVE KNOWN"

Damn, it's about to be July and we're thirsty as fuck out here in the sun n' fun. Ain't no party soda that's gonna get it done; nope, we need a trooper of a 12"! A soldier of song-writing! We need Joanna Newsom! How about some vintage Newsom, too? Hell yeah, you say? Old J-New's th' only way for you? Us too! So we revisit the special time just after the release of da Milk-Eyed Mender, back when the future was brighter than an albino fireball (and you only wore disposable organic shades) to bring you "What We Have Known" on a single side of 12" vinyl complete with a single totally etched out b-side housed in brand new, original artwork, both done by Becca Mann (Becca tinted the cover of Have One On Me, bruh).

You may remember "What We Have Known" as the second track on the "Sprout and the Bean" CD single, which has long been outta print. The single was essentially the sign-post for what would come next, as "What We Have Known," though of The Milk-Eyed Mender period, is of deeper ken with the songs and vibes that appear on Ys. Now, for the first and only time on vinyl, "What We Have Known" is your perfect summer companion -- plays beautiful music, enjoys needles, and looks super hot. Get a leg up on your friends and grab a mate right now, while you still can (nothing this good could be in permanent supply): preorder "What We Have Known" right here!