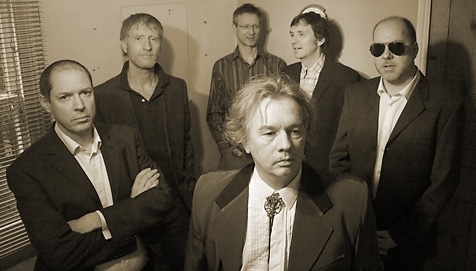 Llamas without borders, what?! Sean O'Hagan and the gang are braving the wild post-radioactive world of Japan for two nights' worth of shows this week, continuing the support (bullet)train for mega-jam album, Talahomi Way! Not just two days of shows in a row, these British Camelidae actually plan to strap two shows per day up onto their sexy backs, 'specially for their Japanese fans, who we know to be amongst the most die-hard on this here planet 'urf.

To celebrate, we bring you the 3rd and final installment of Sean O'Hagan's riveting conversation with Van Dyke Parks! Sean turns Van Dyke on to Dorothy Ashby, and the two yuck it up like you've become accustomed in parts 1 and 2. For those unacquainted, you can still start with this one and work your way backwards.... masterful arrangers rappin' with each other in real time!

Finally, all you Japanese and non-Jap ex-pat Llamas fans hiding out in Tokyo and Osaka, make it a priority to get on over to Billboard Live!