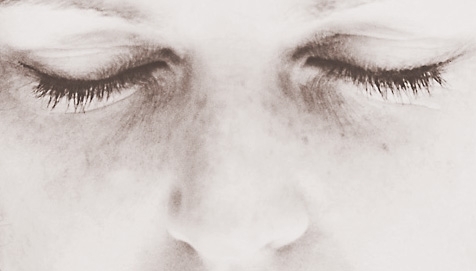 THE BACHELORETTE NEXT DOOR

It's a wide world of song that we're living in, if you can really call what "we" do living. Actually, "we" need more living in our lives - so open your eyes and ears to the endlessness of song and vision and everything else that's available to your five senses! Who knows what's going out there until you check, you know? Like, case in point - the residents of Sydney, Australia probably wouldn't imagine while looking up at the high rises that a certain celestial majesty was being conjured within one of those many units. But sometimes, it is! Like the times where Bachelorette comes by to play a little song for you to post on your very own music site. Such was the case when the kids at Polariods for Androids (huh, sounds like a Bachelorette song - clearly this was a web-match made in e-heaven!) convinced Annabel "Bachelorette" Alpers to drop by one of their writers' pads and perform a few songs. And here's part one, courtesy of the resourceful (if a bit camera-challenged) PoA Live crew:

Sure, playing an apartment in Sydney for a local webzine is pretty cool, but fortunately Bachelorette has set her sights much higher in the wide world of song. Like, for instance, opening some shows on another band's tour of America? She's always innovating, that girl. Well, whatever gets her into our hemisphere is just fine with us. And what's getting her here this time is The Magnetic Fields, whose set of dates in March is literally littered with Bachelorette opening gigs at selected dates. So there you go! Schedule a dream date with Bachelorette this March - and keep your eyes near the skies. There's no telling what's going on up there. Clear eyes, full hearts, y'all!