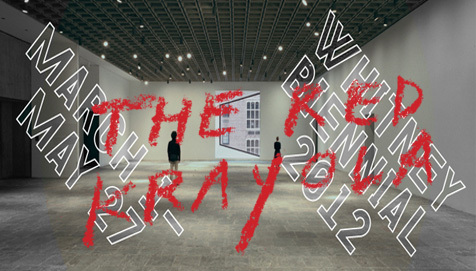 Arting is such sweet sorrow - but someone has to do it, and that someone around these parts is The Red Krayola. In December, their name stood out among the few leaked from the loose lips of publicists whose job it was to set off the news of the forthcoming Whitney Biennial. From their salad days of putting the 'art' into 'upstart' on the mid-60s Houston garage scene to their legendary psychedelic and post-psychedelic albums on International Artists to Mayo Thompson's fabled solo album Corky's Debt to His Father to their reunification in the late 70s and subsequent expatriation in the UK and then Germany in the 80s all the way back to the original confederacy in the 90s, The Red Krayola have sailed within and without earshot of the art world, commented on comment while never sparing the rock in whatever its coming form appeared to be.

We firmly believe that you can't have art without music (though we're not sure how you spell it), and it is deeply satisfying to note that all of all the artists of many and varied medias, The Red Krayola are alone in representing the world of rock and roll at this edition of the Biennial. This has always been the case anyway, and so, 45 years or so down the dirt road of their up-again, out-again endeavor, we find The Red Krayola out standing in the field all on their lonesome, as if it were meant to be. It was, of course. Can Broadway be next? Of course not - but being within a stone's throw of music's mainstream is all that The Red Krayola have ever asked and what they have consistently achieved. Watch your rugs, New York - they may be pulled from under you at the Whitney from the early days of March Madness through the late May finale.

The Red Krayola will be performing with The Familiar Ugly on Friday, April 13th at 6pm. On Saturday, April 14th, selections from "Victorine" will be played. 4th Floor.