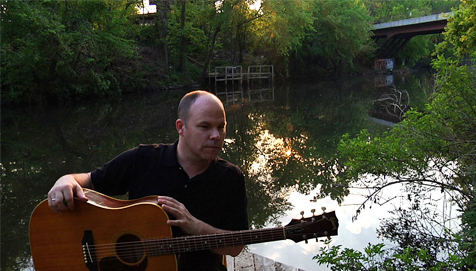 Moving eccentrically forward from the straight-ahead hardcore punk of Squirrel Bait (after all, he was a wizened eighteen years old when SB called it a day) David Grubbs increasingly infused his songcraft with an experimental strain, culminating in the discography of Gastr del Sol, who drew widespread interest with the ways in which they combined so-called "songs" with experimental music. Participating in the reinvigorated Red Krayola during this time exposed David to the formative (so-called!) tutelage of Mayo Thompson as well. But after the gradually more streamlined Gastr period concluded with Camoufleur, David's output became more segregated; the albums of pop songs were more focusedly, more cussedly pop, and the more experimental projects (including duo recordings with Mats Gustafsson, Nikos Veliotis, and Loren Connors, not to mention the entire catalog of his Blue Chopsticks label) became more unrelenting.

Flash forward to April 16th, 2013 (which, if you actually just did, is very impressive: cheers!): Drag City releases the sixth and latest David Grubbs album of songs, The Plain Where the Palace Stood, which finds David once again twining together the diverse strands of his vast interests. As in the days of Gastr, songs float in idiosyncratic yet exceptionally unhurried arrangements, a process begun on David's previous pop album, An Optimist Notes the Dusk, and perfected now on The Plain Where The Palace Stood. Despite the fluid activity of collaborations, many of which have been released in the time since (and several others coming to fruition this year), this new LP simply required patience, meditation and time to afford the depth and detail it so easily purveys. The effect is both striking and tangible; the glass partition which all too often separates genre-spanning rock and academic experimentation shatters under Grubbs’s languorously insistent, idiosyncratic, immediately recognizable songs and arrangements. It's 2013 and this is David Grubbs: Punkademic Godfather!