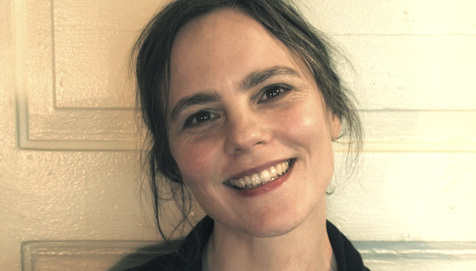 Hott Drang - 2013 just might be alright after all. There is a new Scout Niblett record, and while we like the title, It's Up To Emma, we want to gently remind that it's also up to YOU, oh nameless, faceless (but never soulless) live music-loving fans of Scout Niblett! And that means of course, ALL y'all Scout fans (and what the heck, modern music fans in general), amiright? What ever do we mean? First and foremost know that it means that we love you, and that Scout Niblett does too! But more so, it's an invitation to Ms. Emma's "Nasty" party for potential audience members all across the northern Europe this spring and summer! Yah - the demi-goddess of bluesy grunge-rock (and FUN!!!!) is hustling it with her EXCELLENT new LP and CD in tote, 'criss 'cross a wide swath of Germany for starters, then over the Franco-Belg-Austrian-Swiss horizons before a dreary week in the UK (what do you expect? England in June, whew!). Things wrap with a Scandinavian layover, enough for a taste and tease - atta girl, Scout - leave 'em wanting more, as ever!

It's sure to be heavy every night, yet awesomely sweet simultaneously, with Scout songs new and old burning into your molten core. What do you expect from a lass like Emma, other than digging into such deep places? Sometimes the crystal's cloudy; other times it's clear - that's the way the rock tumbles, and Scout's making the most of what she finds under 'em, one city at a time! But remember when we said, it's also up to you? Yeah, because Scout can go all around the world if she wants to (and she does), but if you don't go to where she goes to see her there when she plays for you, then to your lazy arse, it's loike it neva happened! And oh, it will have did. So behold, citizens of Europe and the world - don't miss on your twenty-two chances to attend a stop or so on Scout Niblett's It's Up To Emma European tour, 2013!