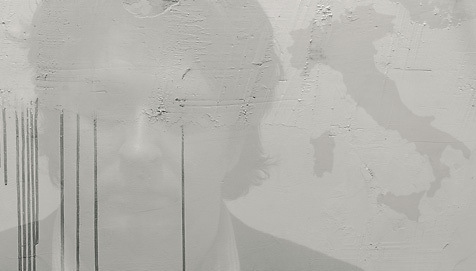 Lately, the Drag City underground HMFQ has received strange sonics from the outer regions of the solar system. Since our satellite (overground antenna) is live, 24/7, ready for direct interface with intelligent, (ie, non-earthly) life at any moment, it's not really freaking us out too much. We get audio disruptions from asteroid showers, magnetic fields, space junk, and exploding planets on a regular basis, which keeps us on each other's toes and acutely dialed in; thus, it's with the greatest of ease that we recognize one of our own, especially when it's screaming like a comet on fire the way Six Organs of Admittance has done ever since the release of Ascent.

Transmitting coordinates and sonic fury with a blazing tail of shredded frequencies, the Six Organs flare is back over our skies! They'd blipped off the grid for a spell while hunting supernatural beasties with Rangda comperes, but these increased signals indicate that an earth landing is imminent, zeroing in on the southern hospitality and tasty libations found in small-town Italia. Vedere! Five dates from our intrepid, intragalatic hero, Ben Chasny, adventuring in his own craft once again. Get ready for a Six Organs sighting, planet earth! Grab your binocs and hasten Italy-way! The future of the planet depends up on it.