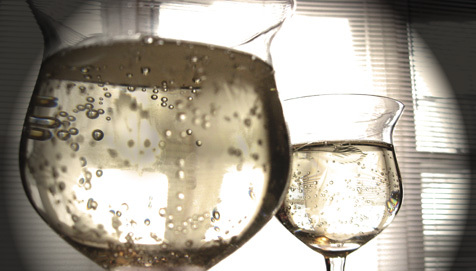 HOMETOWN HEROES: THE NEXT WAVE

Only out a week, the first release in Fred Armisen's Hometown Heroes series is thus far a bonafide hit everywhere, locally at least! So let's keep it going! For the second volume of this acclaimed series, Fred has again reached into his deep supply of locally-pressed records to present two more under-sung local heroes from the history of music, a 7" featuring The Bjelland Brothers' "Sparkling Apple Juice" and Taste of New York's "Can We Stay With You," out March 18th!

From Minneapolis, Minnesota, The Bjelland Brothers were originally part of a family singing group called The Bjelland Family Sound in the late 1970’s, all of whom later became the backing band for The Bjelland Brothers. The Brothers' first single was “Sparkling Apple Juice”, a deeply emotional song, asking a question that may never be answered. Or might it have already been answered? This cyclical question, along with the majestic soft rock chords of the song, resonated with audiences all across Minnesota. The song became an undeniable local hit, and soon, The Bjelland Brothers found themselves touring endlessly. Without much of a catalogue, the brothers leaned heavily on “Sparkling Apple Juice,” ﬁlling out the rest of their concerts with cover songs and alternate versions of their hit. Their comforting voices and casually elegant dress style attracted a large, multi-generational audience, and the Bros. gave everything they had to make sure their fans felt like they were part of something special. The Bjelland Brothers continue to perform live throughout Wisconsin and Minnesota, to this day!

Taste of New York are a more recently documented band in the Hometown Heroes series. Formed (vaguely) in 2009, Taste of New York started as a loose, communal noise project in a three stor y semi-abandoned building on Avenue C, in New York City. Band members ﬂoated in and out, some from as far away as Germany, and some from as close as the second ﬂoor of said building. A few members disappeared deeper into the Lower East Side, leaving three core members, Ira Wright, Jon Thebadeau, and Cori Entelman. Jon, who did much of the singing, came to New York from Louisville, Kentucky, where he was already an important ﬁgure in the music scene. Or, in relation to this series, locally important. They soon began to write songs about the physical world around them: broken glass, cracked concrete, and rats. Taste of New York were known for their slow, chaotic live performances, sometimes so poorly organized, that there were some shows where none of the band members even appeared. And yes, there were encores. Taste of New York were truly revered, or as one of their fans described it, “always forgiven”.

Artists in this story: Fred Armisen, The Bjelland Brothers, Taste of New York