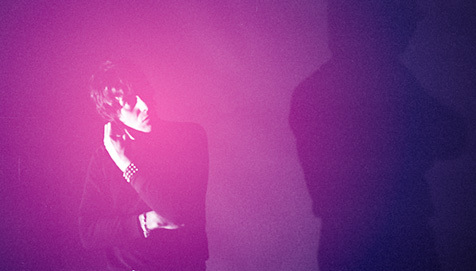 A LETTER REVEALS WE ARE SURROUNDED BY WHITE FENCE

Pop songs aired out and pasted, blown dry in today's new air. Old School psyike reimaged in 21st century, formed and free stripes n' dots. Lyrics to make us laugh in reverie, lines from the private libraries of the nobility of old, fucked. The jocundity of White Fence. Since stewarding Hair, we'd chased a shadow, guiltily wondering, who do we disenfranchise to make the pleasure of working with them ours? Suddenly, without warning: the arrival of a bulging, slight package at our door. The note within:

Fear, anger, pain, anxiety. Guilty! I needed something new. I needed to be free and innocent. I was floating in my room. Sick of the wall Bounce-A-LuLa. I could not get high. I wanted to put some songs in someone else's room. I wanted to see what they sounded like with a real drummer. I wanted to see what it would sound like using an Aliens ear. For a lack of a cooler/humble word, Ty Segall "produced" this album.

I had to choose the songs. We then went into Ty’s Fiat sized garage and recorded them. He placed the microphones, hit record and played drums on some songs. Then Nick Murray was called in to finish the rest of the drums. Nick was perfect, seeing as he’d been a solid member of the live group, and I had played demo versions of most of these for him during car rides. This all was a bit different to the WF formula. I had to put dates on a calendar. It forced me to pick the best songs of the litter, and apply those to the tools I had: Ty Segall, Nick Murray, musical instruments & tape. We then dumped all that LA jive into Eric Bauer’s studio in San Francisco. Added some things, and then Ty mixed it all up. I was the farmer and this was Ty’s soup. He somehow knows exactly what I hear.

This record, I had to make a change, not drastic, but a change nonetheless. My room was tired of me, so we took a break, and I fucked some other room.

“Credence of substances, rights of any sex, and situations of finding a place in this world now next. From the drug dealer, to the honest stealer. From the homeless ex-solider to the privileged creep, to the fine Latina walking down the street. We are all guilty of anger, pain, envy & greed…..to the recently found innocent …. we all will soon be freed."