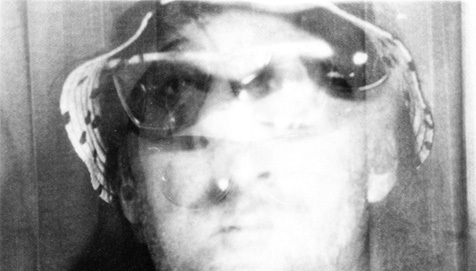 The new planet recently discovered by NASA’s Kepler telescope is earth-sized and earth like. It is in fixed orbit - called a tidal lock - meaning that on one side it’s always night and one side it’s always day. On one side of the planet people grow mad amounts of tomatoes, on the other side everyone’s got the worst fucking case of Seasonal Affective Disorder EVER! It’s about 5000 light years away from earth. It is said we can’t reach this planet without first discovering a NEW physics.

Like the original city dwellers who wanted to reach Planet Rock, like those who wished to originally attain the Trip Metal Moons or those who created the mothership with which to raise the funky planet...you have to create a NEW music to really leave the depressed and turgid and lifeless zones behind and truly get SOMEWHERE. "Somewhere" is the region in which you will find Dan'l Boone.

“To create music by reverting to zit-popping thrash, you must believe that the prognosis is so dismal that it takes time to hear them retain enough for your face before summary dismissal.” says Hagerty cryptically over the phone into Charles’ voicemail box. “I’d come downstairs into Charles’ basement and Nate and Neil would be making competing diagrams that represented the record. I was so lost,” says Moskos.

A new album of sonic landscraping to align with the new physics and our attempt to reach the Goldilocks Zone, Dan'l Boone arrives on our planet September 23rd, 2014.