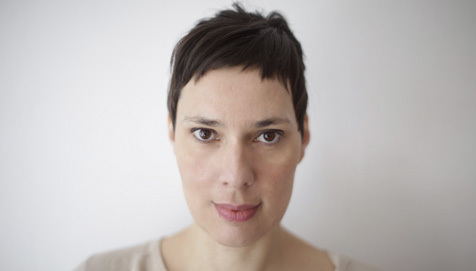 SOMETHING SHINES, IT'S THE NEW ALBUM BY LAETITIA SADIER!

Laetitia Sadier’s new album has just been delivered, and it’s a joy! Something Shines took nine months to create, record, and mature: you know what that means, baby! New life….

Alternating between a riveting caress and an invigorating shake, the songs of Something Shines start from the Earth and tilt up towards the sky, before coming back down to the planet again. Taking it all in, Something Shines is also an exploration through Debord’s La Société du Spectacle, and how it is still up to us to guide and shape our fate, individually and collectively. Laetitia examines several relevant questions – such as the main inquiry of “Oscuridad”: "Do the rich need the poor to be rich?" The song examines the war being led against the lower classes of this world by the ultra-rich to rob them (us!) even further of their (our!) resources. On the riveting caress-side side of things, "Life Is Winning" is a subtle reminder to get in touch with the innate joy and revelation of living.

All these thoughts and many others are communicated with delicately textured production, twinkling and shifting with the subtlety of nature. Often sounding like the world outside, whooshing and chirping and clicking in time, placing these concerns in the place where we live, Something Shines reflects the lives hanging in the balance between issues, lives that are often too small to see yet contribute to the world as a whole. Even in the face of realities that continue to cripple so many in the name of so few, Something Shines consistently elevates itself with lyrical confidence, intimacy, and an arcing musicality that allows it to go to the hearts and minds of every listener. Open your heart and mind to Something Shines, the new album from Laetitia Sadier, out September 23rd, and listen to the album's debut single, "Then I Will Love You Again!"