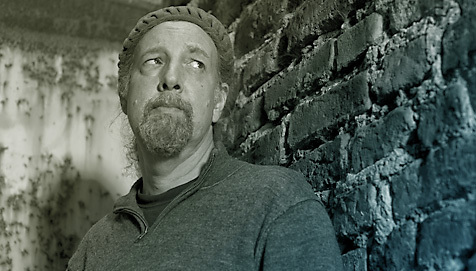 Sir Richard Bishop is back with a fresh album and a fresh guitar! On Tangier Sessions, out February 17th, Sir Richard’s mythic guitar playing reaches a new degree of ingenuity and esteem. While traveling in Geneva, Bishop stumbled upon a modest, yet enchanting guitar, hidden on a shelf. He left the shop empty handed, but for days the guitar haunted him! He returned to purchase the instrument, mesmerized by the incredible sounds it produced when played. Tangier Sessions' first single, "Frontier," has just premiered with the Quietus, who say it's "a prime example, not only of his guitar's resonant qualities, but of Bishop's deft, dexterous playing." Leave it to the Brits to provide understated praise!

Utilizing this new and mysterious guitar, “Frontier” is an enduringly majestic composition, one of several songs on Tangier Sessions to feature Sir Richard playing without a plectrum for the first time.  With the fingers of his right hand matching up digit for digit with the fingers of his left, an arresting, hypnotizing space comes to life, one that will be familiar yet particularly far out to all who hear it -- experienced listeners and virgins of the "Frontier," alike! For those saddling up for the first time, such expressiveness from Rick Bishop is to be expected and he's no stranger to improvisation. Yet the complexity brought forth on “Frontier," and found on the entirety of Tangier Sessions, is only compounded by the knowledge that these songs were self-recorded in a Moroccan roof-top apartment, spontaneously written, jammed, and documented in the space of one week. Count yourself lucky to be alive in the cosmic millisecond where these timeless tunes exist - we sure do! Journey to a new “Frontier” here!