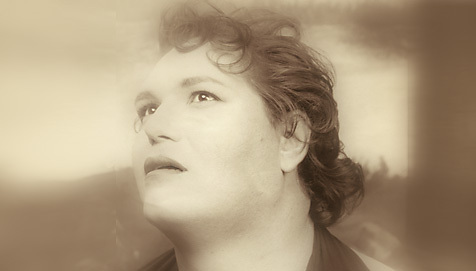 Steve “Chili” Rigot, the singer for the Endtables and many other amazing bands, was an immense presence in the Louisville music community for more than 35 years, and no one who knew him will ever forget him. He was our superstar, our polestar, our standard-bearer, our inspiration.

Chili Rigot materialized from alien shores by force of will to save our lives from boredom, and we will not see his like again. We all stood in awe of his fearlessness and skill, and tried our best to be as fabulous – tried and failed – but we were made better by his example. Steve made bravery and glamour look easy, and he always brought the fun. If you walked into a room and saw Steve there, towering above the crowd, you knew you were in the right place and that you were going to have a great time. Catherine Irwin recently remarked, “He will be making me laugh for the rest of my life.”

Rigot in performance cut an awesome and charismatic figure. Like Scarlett O’Hara wrapped in her green velvet curtain, Rigot fashioned his own glamorous reality from what was available to him in the blasted cultural landscape of 1970s Kentucky. Ace bandages, gold spray paint, and duct tape became a wardrobe. All you needed, it turned out, for an unforgettable and uproarious fashion show was imagination, a couple trash bags, and some twine.

The Endtables were easily one of the greatest punk bands ever, and their songs have lost none of their power to thrill and stun. If you haven’t heard them yet, do yourself a favor. After the Endtables came other amazing Rigot vehicles: The Monsters, Skull of Glee, Debby, In the Vines, Women Who Love Candy, Common Law Cabin, Martine, 1069, and Lady DNA.

Steve died on the morning of March 20. That evening his friend Brett Eugene Ralph offered a lovely eulogy, ending with a legendary story. It’s 1981 in Louisville, and Chip Nold, the singer for the Babylon Dance Band, is having a sprawling bachelor party at the rundown Kon-Tiki apartments. Many guests arrive in drag. Some rednecks hanging by the pool start hassling the boys dressed like girls. Kenny Ogle – Brett Ralph’s predecessor in Malignant Growth, and a south end redneck himself, if a particularly awesome and open-minded one – immediately gets in their faces. “Maybe they are faggots,” Kenny offers, “but they got as much right to be here as you do.”

Then the rednecks beat the shit out of Kenny. He can fight; he’s just outnumbered. The ensuing after-image of lanky Kenny Ogle curled with his bleeding head in Rigot’s lap, as Steve strokes Kenny's long brown hair, is emblazoned on the freak flag of our fair city, with a motto that reads (translated from the original French): “Welcome to Louisville, Kentucky, bitches. Be nice or get the fuck out.”

Charles Schultz, drummer for the Dickbrains, Your Food, The Bulls, and Antietam, was there that night and remembers something else: “Steve did this perfect model’s strut towards some of the guys who were being the loudest, and as he got closer they got quiet, as they realized that even in heels he wasn’t afraid and he looked kinda big and awful strong. He got about two feet from them – without saying anything, without anything but glamour shining out of him – spun like he’d reached the end of a catwalk and sashayed back the other way. What a gentle and exemplary triumph.”

But there’s a memory of Rigot that Charles likes even better. “One night at 1069 (the local punk house), Steve was doing abstract paintings of everybody’s psyche, these colorful abstract geometries, and explaining while he painted, 'This green is your kindness, and there’s this maroon part which is some stuff you haven’t gotten over.’ He was being so perceptive, while remembering to be kind. It was sort of intimate, but also funny, brave, inventive, and quick. Just a way to pass some time, a party game, but a standout moment for me, a capsule of how it was to be around Steve.”

Many readers will recognize that the forthcoming White Glove Test book takes its name from an Endtables song, a song Steve wrote. He was always the community’s guiding spirit, as we strove to keep it extra weird, and he always will be. The job is harder now, but we must all work extra hard to make him proud. We love you, Steve. We were lucky to know you, and we miss you deeply. 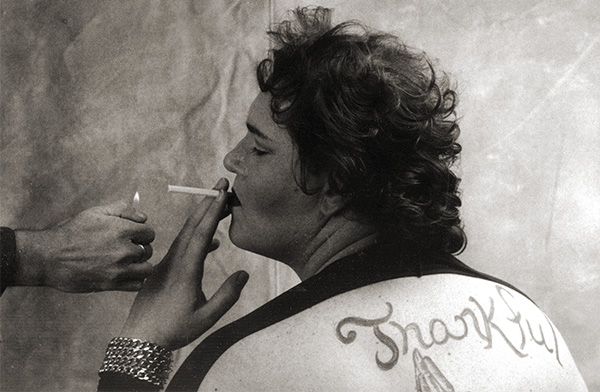 I never met Steve Rigot in person, but relied instead, like so many outside Louisville’s sphere of influence, on a 7” that I purchased at the Cafe Dog, hauled up from behind the counter as if it were forbidden, samizdat literature. Which, in a sense, it was. The Endtables’ assault on heteronormative good life fantasies was caustic, funny, catchy, mean. It was smart enough to keep you up at night parsing the lyrics to “Circumcision” but punk as fuck in that instantaneous, body-knowledge way that great punk and hardcore singles inevitably are. As a queer closet case cowering in a scene that was ready to accept me once I got the guts to get over that problem, I inhabited – without knowing it – a space that Steve Rigot had already lived, transcended and surpassed. His loss is bitter, but his legacy holds fast.

Artists in this story: The Endtables