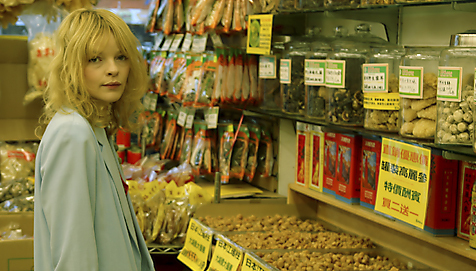 PRATTLING ON: JESSICA PRATT IS ON TOUR!

With temperatures finally rising up around the country, Spring is in the air and love is all around us! East coast, celebrate! NO, not because of the nice weather - how long will THAT last, Massachusetts? It'll snow again, you miserable SLOBS - it's only the first full week of April! Even if it doesn't, it'll soon be humid as a dog's balls, and you know what THAT tastes like, Philly!

Nah! The REAL reason to lift your arms to the sun, the moon , and the stars while dancing through the wind, the park , and other things is cause Jessica Pratt, our mesmerizing California songbird, will soon be flying east with her best-of 2015 album On Your Own Love Again tucked under her own arm - by which we mean, she'll be armed with her guitar and ready to kill your asses SOFTLY, as in a morning sunrise. Soon , as in June! Then, JP will enchant Moon Dudes everywhere with her poignant pronunciations and precise compositions! We can't help it, it's getting all DREAMY in here, which is what happens every time we discuss the allure and intimacy of Jessica's blues and greens.

Don't just take our words for it, read up on what all the so called 'music tastemaker' sites are saying, brother (& sister)! The mirage-inducing waves of summer are coming sooner than forecasted once Jessica Pratt hits town -- stay tuned for the details on where to score an audience with her thrilling vibes! It's a day at the beach but at NIGHT - without sand, ocean or sun-tan lotion. Dig the dates below!