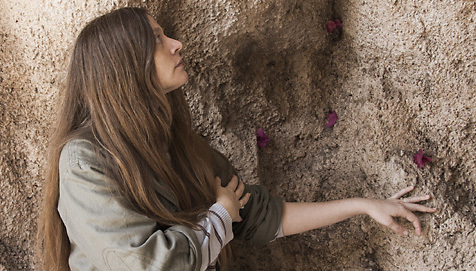 ALL LIT UP: MEG BAIRD IS STREAMING ON NPR!

Meg Baird’s stunning new album is a luminous energy, radiating from the source that shines through her with intense grace and feeling. After picking up her life in Philadelphia (where she'd recorded her first two albums) and moving across the country all the way to San Francisco, she began writing new songs, and in a short while, making a new record for the first time in four years. Don’t Weigh Down the Light is multi-hued and swimming in texture, with electric guitars and organs ﬂoating above Meg’s intricate finger picking. Distant drums thump like the beating of hearts, while piano and electric 12-string guitars shimmer sunlight on rippling, crystalline seas. Don’t Weigh Down the Light entrances, each expressive line and lyric more spellbinding than the last.

Don’t Weigh Down The Light sounds timeless, but it's also very much of its time and place — recorded in a city desperate to remain a haven for dreamers, freaks, and weirdos while a new Gilded Age rolls over the land like a ﬂood. And it's there that we find Meg Baird at her most vulnerable, reflecting the solitude of leaving someplace and arriving elsewhere anew. Don’t Weigh Down the Light may be her most intimate release yet; it's also her strongest! So c'mon, take this opportunity to listen to Meg pour out a bit of her soul for rock and roll:

Don’t Weigh Down the Light streams in its entirety via NPR First Listen, now til it's June 23rd release!