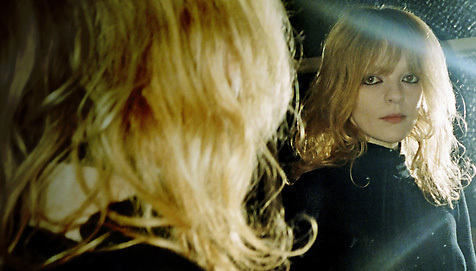 In a matter of months since Jessica Pratt released her Drag City debut, On Your Own Love Again, the world has caught on to, and is decidedly enamored by, the inimitable songs and sounds this guitar-playing and singing songbird has created. On Your Own Love Again is an enchanting and involving listen - arresting from first strum and demanding of repeated listens. And with the audience demand-o-meter banging in the red following a most successful spring European tour, Jessica's barely had a day off here in North America, keeping the road doggin' days turning from now on through July in rock clubs and on festival stages alike! Now, Northern Europeans should be jazzed to learn that they're getting another crack - Pratt is coming back, baby! If the equilibrium brought on by the forthcoming summer solstice isn't enough to centre your mind and body, all those in the UK and Scandinavia can rest even easier knowing that Jessica's beguiling voice and harmonious guitar pleasantry will be visited upon them once again, beginning at the end of August and into September!