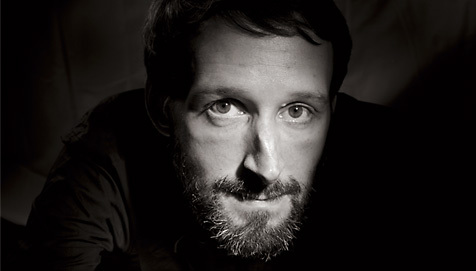 When news first dropped of Alasdair Roberts' fall 2015 European tour, we thought the bloke might be spending his summer off (as is common in his parts) resting up for the occassion. Aye, wrong we were! Ali's got a motor that was built for longevity (hence the hundred-year old songs, not to mention the hundred-MINUTE ones!), so why in the world would he spend August on a beach when he can spend it touring the UK, performing solo, with his Glaswegian brethren, Trembling Bells, riding shotgun? Or dropping his ancient-ageless trad-wisdom on the punters of Green Man? These are the true days of Alasdair's life, not fantastical tales of dream-scenarios and what ifs! The fire burns bright all year long in celebration of the newest, self-titled Alasdair Roberts album - even when it burns in spooky moonlit darkness, as the vid for "In Dispraise of Hunger" showed us. As 2015 succumbs to its middle ages, don't it comfort you too to know that its golden years will overseen by exuberant Scottish folk? To commemorate this tour with Trembling Bells, Alasdair has collaborated with them on a brand new version of his old classic, "Coral and Tar", which you can listen to here!  Have a pint of that and be sure to scribble the below Alasdair Roberts tour dates into the parchment pages of your diary, now!