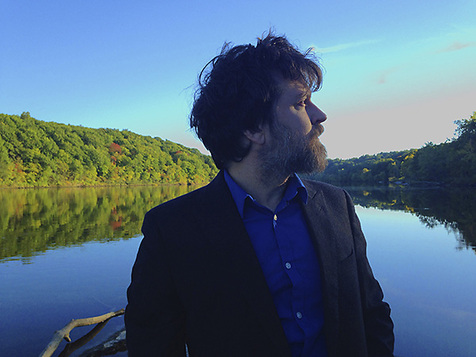 Spirits rejoice! Mathletes too! The release of Six Organs of Admittance's much-speculated-upon sequel to Hexadic, aptly entitled Hexadic II, has FINALLY arrived a full NINE months after the monolithic original hit down, and in celebration of that achievement, Mr. Six Organs himself, Ben Chasny, has some last minute tricks up his sleeve! Thanksgiving kinda sucks, right?  First there's the travel hell, from which there is no escape. Upon arriving "home," you devour your weight in traditional family holiday fare, then attempt to relax by placating your drunk uncle or arguing with your racist grandfather. After which, you're all too happy to get back to TRAVEL HELL. Pretty bleak, right? Pretty bleak.

Following his own homecoming nightmares, Ben's gonna be way out west for a few weeks and has made some plans for Six Organs to heal your Thanksgiving pain - in person, with a small run of free in-store performances/Hexadic talks so stimulating that they're sure to cure your food comas, your hangovers and make you feel actually thankful about something! Something like combinatorial thinking via chance operations - yeah! We feel better just talking about it! These Hexadic events are set to go down in San Francisco, Santa Cruz and Portland! Check out the dates below, you can't miss communing a bit with Ben and reaffirming your faith in something bigger. And by the way, have you bought Hexadic II yet? It's the perfect opportunity!

*In store at 7pm with live stream on http://www.pressuredrop.tv/
^Hexadic Talk and Demo, at 7PM