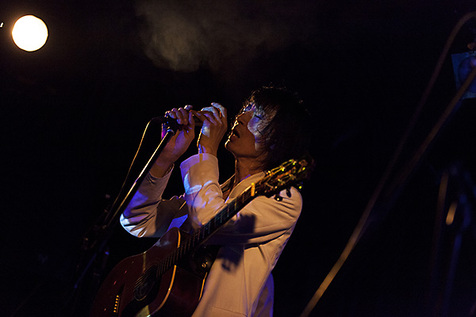 The Silence is a powerful force - if try to ignore it, you will fail! Much like a mighty gust of wind or the thunderous crackle of a bubbling volcanic eruption that has finally boiled over, The Silence percolate over time only to unleash sounds that furiously swallow you from wherever you are at any given moment. It's manifested once already with the Kazuo Ogino's video for "Little Red Record Company," but the latest case in point is The Silence's sprawling three part epic, "Ancient Wind". The trilogy of "Ancient Wind" showcases all that The Silence has to offer in multiple modes that is impossible to replicate or articulate (go listen to the record, you bozo)!

Part 3 of "Ancient Wind" resumes the chant in the mode of "Gangamanag" (from Ghost's Hypnotic Underworld opus) and extends the fury of the progression in 7/8 to include a dazzling organ solo over an unending fiery explosion. Sounds amazing, right? It is! But what does it look like, you ask? Well!  The video for "Ancient Wind Part 3" is just as invigorating as the song itself! A vibrant kaleidoscope of colors tantalizes, halting suddenly, then reanimates at full speed as if to formally announce itself as a bonafide heavy jam - all visuals courtesy of brownshoesonly. C'mon, stop running against the wind, you psychbaby - take a joyful trip with The Silence and watch the video for "Ancient Wind Part 3"!