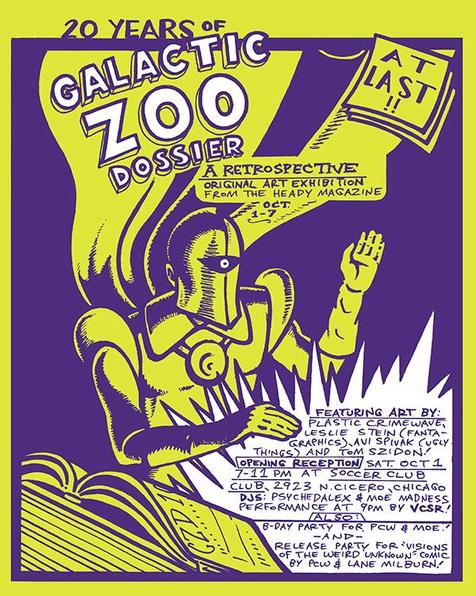 For the first time, a showing of original art from the famed hand-drawn psychedelic magazine will be exhibited to the public! The Galactic Zoo Dossier is a hand drawn psychedelic magazine occasional going since 1995, created by Plastic Crimewave, and has been published by Drag City since 2001. Issues come with a CD or cassette compilation of rare sounds and trading card sets of damaged guitar gods and astral folk maidens. Interview subjects have included Vashti Bunyan, Arthur Brown and Edgar Broughton!