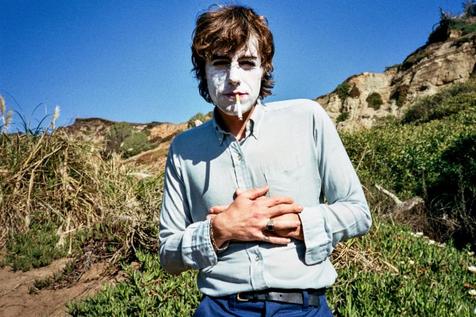 HAVE YOU BEEN CLUED IN?

The teen pop-pusher of the century, Tim Presley, keeps on pushing with a bouncy new video for "Clue!" September saw the release of Tim's first solo effort under his given name, and with Cate Le Bon on production duty, The WiNK drew eyes and ears to its solid, metallic brilliance the world over!

The unbreakable musical tension sharpens and slacks when coupled with the imagery provided by director Matt Grote. Shot entirely in black and white, Tim freely sways and struts while singing upon a maze of high, wild mercury stings, prompting a state of post-pop psychosis. Oh and did we mention the nuns?

Watch the video for "Clue" now, and be sure to attend all of the upcoming Tim Presley/Cate Le Bon tour dates in December and January!

12 - Dec in Manchester, UK at The Deaf Institute

13 - Dec in Manchester, UK at The Deaf Institute

17 - Dec in Oxford, UK at The Bullingdon

14-Jan in San Francisco at The Chapel

16-Jan in Vancouver at Fox Cabaret

17-Jan in Seattle at Chop Suey

18-Jan in Portland at Mississippi Studios

21-Jan in Visalia at Cellar Door

25-Jan in Hudson, NY at The Half Moon

27-Jan in Philadelphia at Black Box in Underground Arts

28-Jan in Washington, DC at U Street Music Hall

30-Jan in Providence at Aurora

2-Feb in Toronto at Velvet Underground

3-Feb in Detroit at El Club

4-Feb in Chicago at Lincoln Hall

5-Feb in Cleveland at Happy Dog