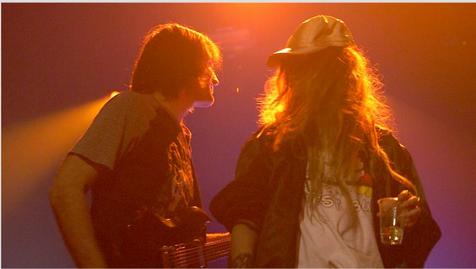 Royal Trux have been flirting with the idea of expectation since their inception. For them, a touchdown was best achieved in reverse, via counter-intelligent means! Riding high off the announce of Platinum Tips + Ice Cream, Royal Trux's arsenal of the unexpected, the innovative and the calculated are flying in a million different directions. With one last stop in the states at the El Club in Detroit, the untamed Truxian brew will be fizzing and overflowing all the way across the pond to a massive European tour-their first in almost 20 years!

Get to these upcoming shows before it's too late, you never know if this time could be the last time!