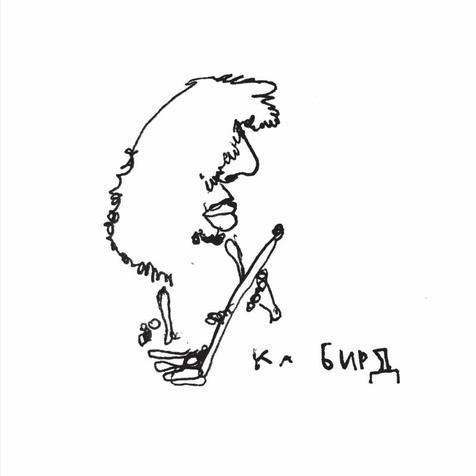 SUMMERTIME SOUNDS AT THE SAPROPELIC PYCNIC

Sapropelic Pycnic is the world debut of music presented under the name of Ka Baird. While this record is a commencement of many sorts, it is in no way a mere beginning: Ka was one of the founding members of experimental psychlings Spires That In the Sunset Rise. Formed in 2001 out of the Chicago scene, and described by late guitar legend Jack Rose as a "female Sun City Girls," Spires' sisterhood of sound deepened the New Folk slant with an array of avant- and world-flavored directions drawing them ever-farther into the source.

Ka relocated to NYC in late 2014 and immediately embarked upon new directions - exploring piano improvisations, electroacoustic intervention, extended vocal technique, physical movement and the electronic processing of her flute playing.With the release of Sapropelic Pycnic, Ka manifests an evolving self-hood, expanding upon the essence of her first two albums' artist name, while replacing and thus becoming that name on her own. Reaching toward the ancient roots of music, Ka utilizes electronic manipulation on the single "Tok Tru" to take the ear past preconception, combining the linearity of the physical with the abstraction of the cerebral, crafting textural rhythmic noise with lush operatic passages.

Conceived live as a series of solo vignettes and played that way by Ka (featuring contributions from Max Eilbacher (electronics), Sandy Gordon (vibraphone) and Troy Schafer (violin), Sapropelic Pycnic draws from primordial ooze and raises high a sacrifice to the immemorial concept of the sacred. We are standing on the verge of a great chasm. Sapropelic Pycnic uses tools both ancient and modern to draw Ka Baird - and all who listen - upward, toward the eternal! Prepare for September 22nd.