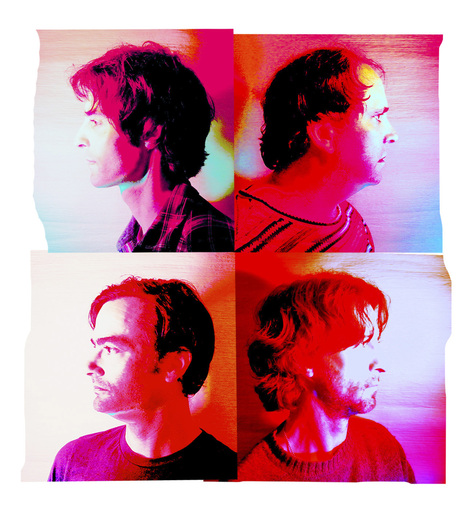 Mike Donovan's latest opus is no mere studio project! Just off a set of Euro-dates, The Peacers are introducing Introducing the Crimsmen (their new record) to select audiences on the American road. A few dates up on in the Pac NW with Lavender Flu get it started in mid-August, then in Septo, The Peacers and the Crimsmen alike do the Goner fest and then a Chicago gig with bros from another mofo, Wand. This is the first time this iteration of the band is jamming econo outside of the golden state, and to celebrate we're givin' you a taste of the sugary, sprinkled glazed and infused live performance the crew are known for! Take a look at this live video for "Windy Car" (a modern cinematic classic if we've ever seen and heard one!) from a performance at one of their ol' stomping grounds in SF.  Filmed in shimmery black and white, The Peacers showcase their ability as a solid contemporary hive mind spouting out great music and even greater vibes! Watch "Windy Car" now and get to the tour dates this Summer!