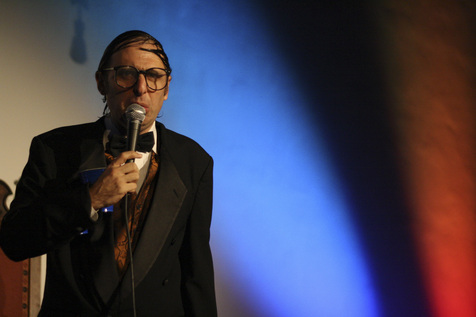 HAMBURGER GRINDS HIS WAY INTO THE UK

What do you get when you send America's $1 Funnyman over to England? Well, besides diminishing returns due to the weakening exchange rates, you get a bellyful of laughs!  Right, Neil Hamburger is headed to the UK for a residency at London's Soho Theater later this month! Throw in a one off in Manchester, and you've got what we in the biz call, a tour! These dates come equipped with Tim Heidecker, someone closely related to some of the more interesting releases we've had in recent years, like Pusswhip Banggang. These two have crossed streams in the past, so it's only logical they'd swim across the pond together! Alright then, you punters have been warned: it's time to get your Neil Hamburger tickets today!

9/3/17 at Gorilla in Manchester, United Kingdom