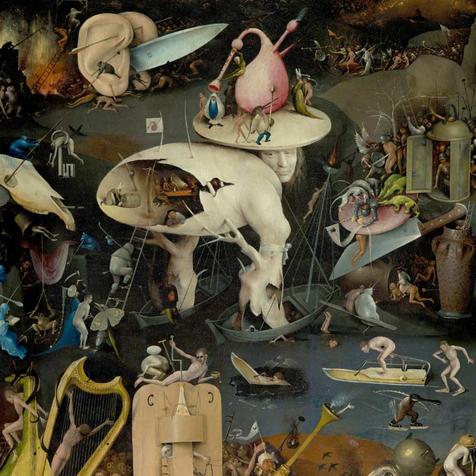 ONE NATION UNDER PEARLS BEFORE SWINE'S GROOVE

It's been fifty years since Pearls Before Swine first appeared. A genteel, oft-hushed missive from a far corner of the psychedelic hive mind, One Nation Underground was released on an independent outlier of a record label (ESP-Disk), removed from the mainstream - and still its spirit came to be deeply appreciated by a generation and more. Today, this music has been reissued by labels around the world dozens of times, but it hasn't been heard properly in decades! This 50th-Anniversary edition, however, has been returned to the hands of its creators, restoring the original mono mix that made such an impact in 1967, freed from the muffling veils that time eventually wrapped around it.

Recorded at Impact Sound with provisional ESP-house man (as well as sound-man on Dylan's '66 world tour!) Richard Alderson, this was THE cult album of its time, loved by artists as divergent as Leonard Cohen and Iggy Pop. Fassbinder's 1969 film Rio Das Mortes used two songs in its soundtrack and featured the album cover on one of its characters' walls. Alderson oversaw the restoration and remastering of these tapes, allowing us to hear with jolting clarity the original sound of Pearls Before Swine and lay those botched and technologically undermined reissues of the last 20 odd years to dust!

Notes from Richard and PBS leader Tom Rapp lend historical perspective, and Tom adds his reﬂections on each of the songs as well. Listen again - and hear for the first time, perhaps - the definitive sound of One Nation Underground on October 20th! Preorder, dammit!