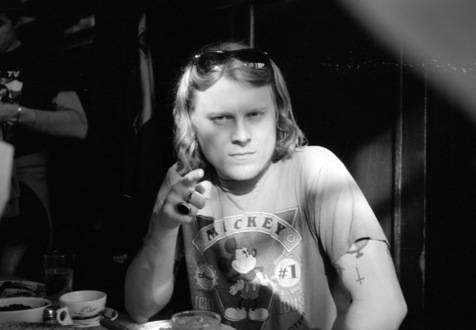 TY SEGALL FRIES OUT IN THE SOUTHWEST

Ty Segall has a mountain of song at his disposal and he's capable of wielding boulders from it at any given moment in any situation, be it live or on record! His "Fried Shallots" EP came out a month ago to benefit the American Civil Liberties Union, but Ty Segall is liberally still touring off the back of January's Self-Titled release, a masterpiece of his ever evolving catalog! Accompanied by the ever flowing Freedom Band, Ty is set to tackle the Southwest portion of our sketchily divided yet still damn fine country later this month (after a quick Canadian stop-over for two solo shows!)! One thing that unites us all is the power of rock n' roll, goddammit, which is exactly what's gonna be served up on a platter each and every night at the shows below, dig it? OK! If you don't have your tickets yet, whatchoo waiting for, folks? No time like the present if you want to feel it, live and loud!