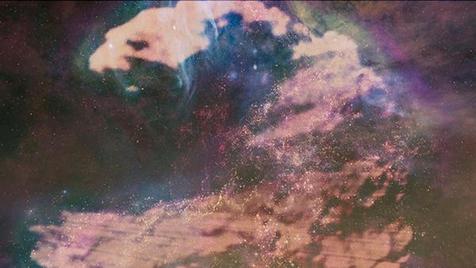 Bill MacKay and Ryley Walker have a sonic connection that some duos only dream of. After many inspired improvisational sets at various Chicago stages, watering holes, and institutions, Walker-MacKay have forged an iron weave of (mostly!) guitar tapestry, culminating in the forthcoming SpiderBeetleBee! SpiderBeetleBee continues ﬂuidly down the path of their initial psych-folkblues-raga tandem, brewing further explorations in mixed-and-matched idioms, turning composed melodies inside-out via improvisation, and ﬁnding in the blend a pasture between Appalachia and the Highlands.

The video for "Lonesome Traveler," directed by Kim Alpert, echoes these sentiments with elements of archival footage lodged under several layers of processing to create a dreamlike audio/visual experience. "Lonesome Traveler" expresses a touch of surrealism that merges the ethereal, the old cinema, and the dark reality of destruction together. Watch the video below and don't miss out on Bill MacKay & Ryley Walker US tour dates - also below, after the vid!