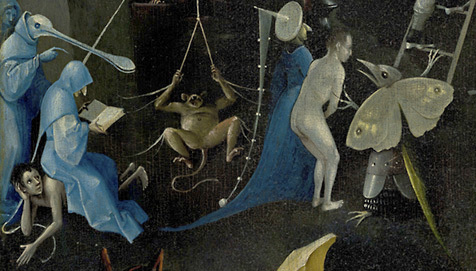 '17 going on '18, and thanks to the nasty millionaires assembled in our capital, a new nation is headed underground - but, you know something? Nostalgia is the last thing we feel! We need something for NOW - and when it comes to bringing the sounds of yesterday today, we at Drag City have a foolproof tool, in the original sounds of One Nation Underground, courtesy of the eternal Pearls Before Swine, and especially due to the efforts of PBS leader Tom Rapp and One Nation Underground engineer Richard Alderson, whose restoration of the original mono mix gives us one perfect sonic window into their classic 1967 debut! In the name of this renewed beauty, we invited some of our favorite players of music today to regale with versions of their favorite One Nation Underground tracks. These were posted throughout October, when the album dropped - but in case you missed it the first time, dig Meg Baird doing "Another Time", Masaki Batoh doing "The Surrealist Waltz", James Jackson Toth doing "Uncle John", Ed Askew doing "Drop Out!", Wet Tuna (Matt Valentine and Pat Gubler) doing "Miss Morse" and Bill MacKay & Ryley Walker doing "Regions of May" - all collected together in a playlist that'll transport you into time immemorial, where we can be guaranteed once again of the sanctity of the brotherhood of man, and explore, as if anew, the dream of peace. Our thanks to all the folks who brought the love and joined us in unearthing these old Pearls - and since there's another four songs on the record left to cover, we're expecting to hear more very soon!