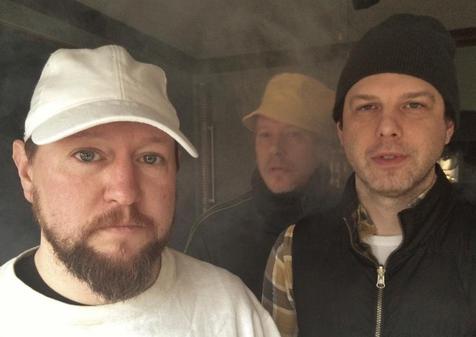 As the torch-bearing, primo group of Chicago's card-carrying funky weirdos, Dead Rider's work comes off as slight-of-hand and slanted at all angles, yet before you know it they've chucked back into a glitchy groove on a hairpin turn. The trio of Todd Rittman, White Christmas and Matt Espy have perfected their own brand of experimental rock, but without all the signifiers and clichés you'd come to expect from such a term: sultry grooves and sticky hard rock guitars melt into an audio-verite of dance and blues, pop and industrial... PUNK.

Continuing their lengthy Crew Licks journey across united state lines (fuzz in hot persuit), Dead Rider are set to slam the pavement on a whopping eighteen city tour throughout the Midwest and East Coast this coming April! Just like with a ghostly apparition, Moth Man, or Santa Claus....seeing IS believing! Catch their sorcery in action at the following cities below.