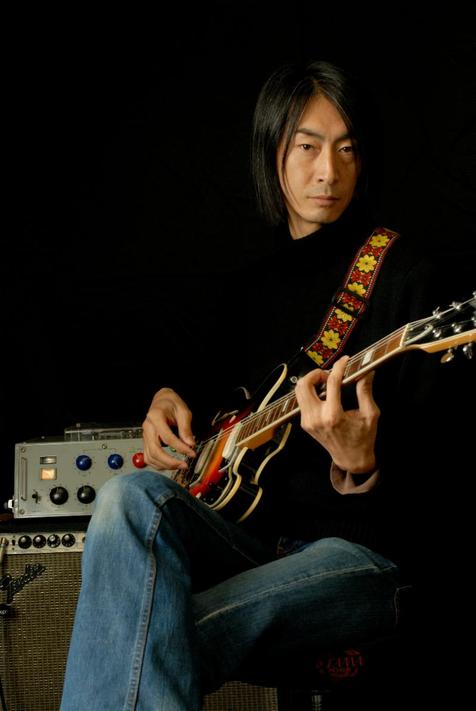 The sound of Nowhere richly reflects the four dimensional world  Masaki Batoh has traveled since the early days--a vast space echoing the music of many eras, under the universal guise of rock and psych, played and sung in the tongue of many nations. With the releases of  Nowhere's first two singles, "Nowhere" and "Tower of the Silence", the venerable essence of Batoh's intricate songwriting was on full display. Now, it's time for the world to indulge in a new single, the extended Japanese folk-blues workout called, "Sundown"!

In the spirit of spontaneity and with a desire to capture the purity of the moment, Batoh began recording "Sundown" live, with just guitar with vocals. As he continued recording he added a rhythm section, more acoustics (a '68 Gibson J50, '68 Gibson B12 and '72 Martin D18, all capo'd on the second fret) and wailing harmonica, allowing "Sundown" to develop into a mystic, burnished rock, resonating elegance to the far horizon and beyond! "Sundown" is an absolute shredder, locked and loaded for multiple harrowing listens in a row. Listen to "Sundown" now to recharge those chakras and get your essence flowing; your heightened awareness will surely remind you, Nowhere comes out this Friday!