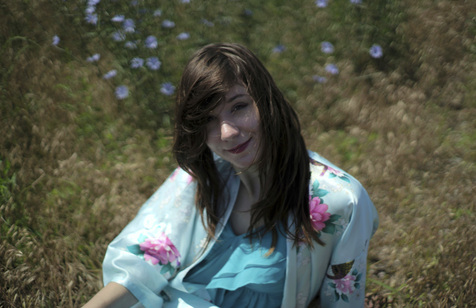 Haley Fohr will not rest! Whether it be through the cross-continental Circuit des Yeux touring that occurred for a solid year following the release of Reaching For Indigo, site-specific vocal and instrumental improvisations and collaborations, art show curation, or sound installation, Fohr has developed a unique cultural cachet by going beyond the traditional cycle of record-release-tour-rinse-repeat. It's this driven quest for expressive variance that led to the composition of an original score to the classic silent film, Salomé (based on the Oscar Wilde play of the same name). Commissioned by Opera North Projects for Leeds International Festival, Salomé has thus far been performed in Leeds, Chicago, and New York.

With all the action that's orbited in and around the Haley-verse, it would be appropriate to assume there might be a break on the horizon - yet nothing could be further from the truth! Instead, Fohr returns to the UK in May for two more live score performances of Salomé, in Brighton and Norwich, following a solo Circuit des Yeux performance in London. Tickets are on sale now, we recommend you get yours now or risk missing out on one of the most exciting performers of these times, rockin' it multiple ways in the UK!