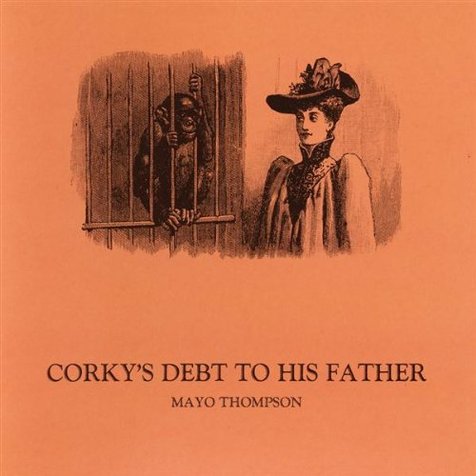 Corky's Debt To His Father is a solo album by Mayo Thompson, a founder of the Red Krayola. It was recorded and released in 1970 on the independent label Texas Revolution. The record is an experiment in the genre of solo singer-songwriter format and as Thompson says, it "embraces the personal and treats the instrumental power of music for the sake of expression."

Thompson will perform a single show at New York City's (Le) Poisson Rouge on December 8th. Other than the 2013 appearance at Cropped Out Fest, this marks the second time in the last half-century that the full album's been performed live. Tickets will go fast, so do yourself a favor and act quickly.