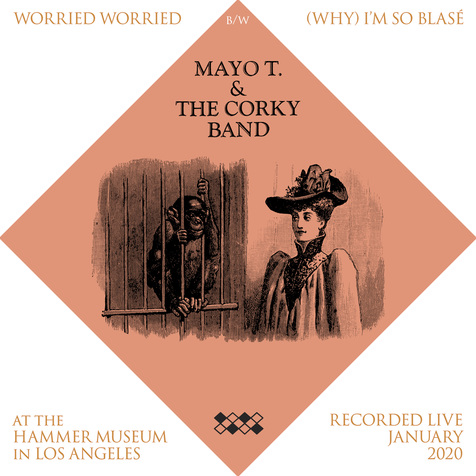 (WHY) YOU SHOULDN'T BE SO BLASÉ

On January 9, 2020 - the day after the anniversary of the Battle of New Orleans, an event featuring 'Old Hickory', Andrew Jackson, the genocidal hero of one of Putin's main bitches, the heel of the deal squatting in the White House - Mayo T. & The Corky Band played the Hammer Museum in Los Angeles. Two songs from the set struck us as timely - "Worried Worried", with an updated second verse focused on the occult personality mentioned above - and a fresh arrangement of "(Why) I'm So Blasé", with an intro accounting for why it feels bad to live on Easy Street these days. Stream on big river.

Unwind in a new era; listen to these new versions of classic Mayo Thompson and The Red Krayola songs today.