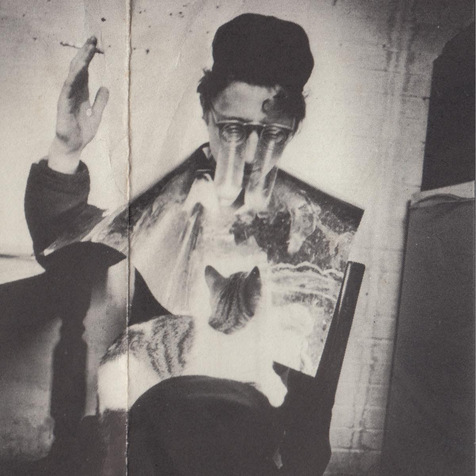 From the summer of '75 to spring '76, Anthony Moore was in and out of the studios, along with producer Peter Jenner (from Blackhill), working with some of Britain's finest musicians and engineers at legendary facilities like Abbey Road and Richard Branson's Oxfordshire getaway The Manor, to produce the eleven tracks that make up OUT. But when fate took a turn in the form of a sudden change of the guard in the Virgin front office, the resulting treasure trove of songs was buried, exhumation scheduled for presumably never.

Nearly 50 years and lots of digging later, the sounds of OUT are strangely familiar to new ears. With "Lover of Mine", a polyrhythmic bed is laid for a trip into the light Brit-psych style of a decade earlier - very Syd Barrett-era Pink Floyd vibes here - but the song retains the same reality-bending, expectation-defying intent that one would want from the founder of avant-pop poster kids Slapp Happy. When it's all been taken in, it becomes clear Anthony Moore's OUT bridges the distance from the halcyon days of psychdelia through the mid-70s, proto-new wave Britain and through to post-punk's frantic avant experiments - and untapped possibilities beyond!

Transport yourself to a very different time, one you may have never found yourself in, of a déjà vu perhaps instead: listen to "Lover of Mine" today. OUT drops on November 20th!