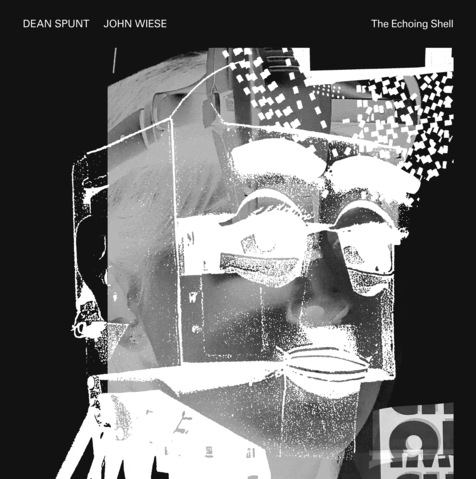 This is the first official collaboration between the two veteran music-makers, though their connection goes back to 1999. As John recalls, “[Dean] was in a high school arts program at CalArts. A friend and I were recording the first Sissy Spacek demo in the design studios there, and taking a tape to my car over and over again to check the mix. Dean was walking through the parking lot with a Locust shirt on, we said hello, and he immediately got into a car with two strangers to ‘listen to a tape’.” The tape-listening ended well. Dean and John became friends and fellow travelers in L.A. circles and beyond: in 2005, John did a remix for Dean’s first band, Wives; in 2007, Dean played percussion with Sissy Spacek’s 13-Tet Los Angeles; John toured with No Age several times and collaborated live with them in 2010.

Outside Dean’s ongoing discography with No Age, Radical Documents released Dean’s solo debut EE Head (2018), which explored concrète and experimental techniques in a four-part, album length piece. The Echoing Shell is born of Dean and John’s shared understanding, using John’s process common to his project Sissy Spacek: elaborate sound-collage works using source material from punk, hardcore and improvised music. A series of impositions, tape manipulation and edits recompose the material, cracking open the crust of the source, freeing its implied guts to steam forth in gushes of extreme noise.

On The Echoing Shell, this noise is often extreme intimacy, seeming at times to emanate from inside Dean’s drumkit; at other times from the capsules of microphones or the circuits of the signal path itself. You may hear the collaged sounds as abstraction, but something resembling word-shapes and phrases are formed in their assembly. This is intention: the two side-long pieces, comprised of many short sections, form a linear whole, creating alternately ripping and discriminating music — and meaning — in the process. Today, Spunt & Wiese reveal an incisive edit of the A side, "Fruit From Color Vapor", amplifying the percussive essence, creating extra-dimensional space around the captures.

The Echoing Shell is a fantastic conception in contemporary musique concrète, combining incendiary post-rock power, dry humor and astonishing depth of field. Whether projecting the sound through headphones, ear buds, bookshelf speakers or your own half- or full stack, crank up The Echoing Shell! Out May 20th on LP & digital.