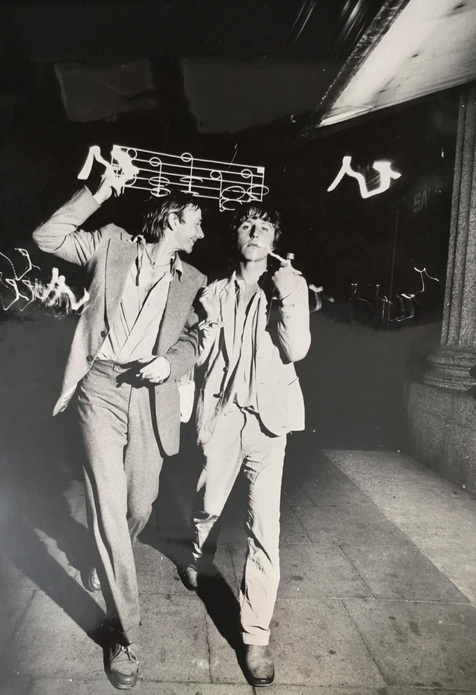 Flying Doesn’t Help presented Slapp Happy's Anthony Moore in a spiky art-punk reinvention - a cult masterpiece to be joined several decades later by the revelation of 1976's lost-then-found OUT. At the time however, Flying Doesn't Help was Anthony only known contribution to the post-punk pre-wave sound of London – light with pop, fronted with meta-punk attitude and draped in strings of keyboard theory. This was a compelling progression to his prior excursions in tape-based modern composition, soundtracks for experimental films, avant-pop and experimental rock.

Flying Doesn't Help's "Caught Being in Love" is an exquisite collision of art, pop and punk at the epicenter of all things midway through the rock and roll era. Spoken word loops and drones set a delirious tone for the Spector-beat that kicks in, a strut that drove the collective imagination to great ecstasies in the late 70s. Starry-eyed but thick-tongued, Anthony is caught up in love’s grip as the world explodes around him, a potent amalgamation of the many and varied spirits of the times.

Party like it's 1979 with "Caught Being In Love" and capture Flying Doesn't Help on LP on the 10th of June!