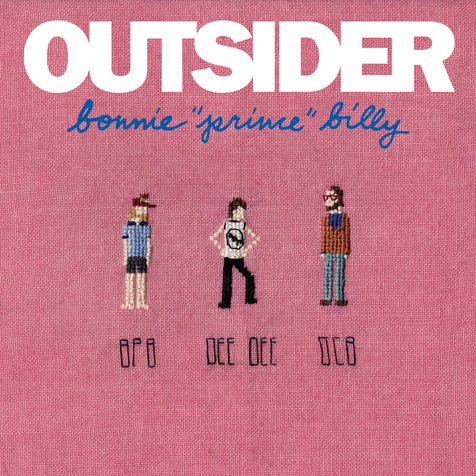 With the dog days of summer nearly behind us, Bonnie “Prince” Billy  presents a revitalized "Outsider" anthem; a cover version from one of the giants of the punk era. With a Ramones song built for a ‘Prince’ (from the pen of immortal Dee Dee), Bonny reframes the lyric’s psycho-stoicism with stately melody. Produced in 2016 with Mark Nevers, the song features Chris Scruggs (of the Fabulous Superlatives) and homeboys William Tyler, Peter Townsend and D.C. Berman, who pours existential dread from Dee Dee’s bridge. Elsa Oldham’s artwork celebrates the triumvirate of star-crossed singers above!

Following the release of “Outsider”, Bonny embarks on his own kind of tour across America, launching from the great Northeast, landing on the central West Coast and going back again to old Brooklyn, before wrapping up the harvest season with several dates in Illinois and (yes) Indiana. With his mythos in the wind, songs of love and horror (and others) in tow and the joy of singing and playing in shared space (see the shows' co-stars below!), BPB will once again step into our waiting and needing minds and souls.

See you "At The Back of the Pit” at the dates below!

ON THE ROAD AGAIN WITH BONNY

% with Party of the Sun

@ with A.P.I.E (Animal Piss Is Everywhere)