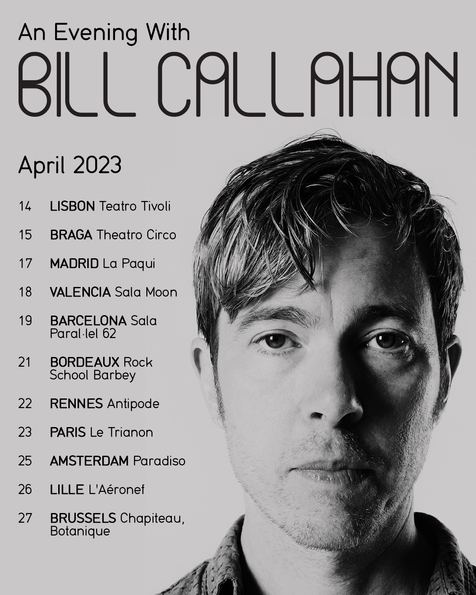 From the beautiful to the jarring, intrepid explorer Bill Callahan charts a passage through all kinds of territory on his new album YTI⅃AƎЯ. Cascading images flow forth from his stream of consciousness, as if scanning the words gathered in a dream journal. Bill’s lyrics strain at the lines on the page, not content to be confined as simply ink on paper, or to separate the printing of the fact from the legend.

With this nu YTI⅃AƎЯ on display, Bill's got a string of shows across Europe set for April 2023, with stops in Portugal, Spain, France and the Benelux. Or does he? With there be more or less YTI⅃AƎЯ for the people of Europe? Dreams are generally the only clauses for our Bill - as he makes his way back to the old world with his impressionist performance style ready to bear, the new world order will be upon us. All hail King Callahan! Spend your evenings with Bill Callahan, UK tickets on sale now,  European tickets on sale this Wednesday 26th, don’t not go!